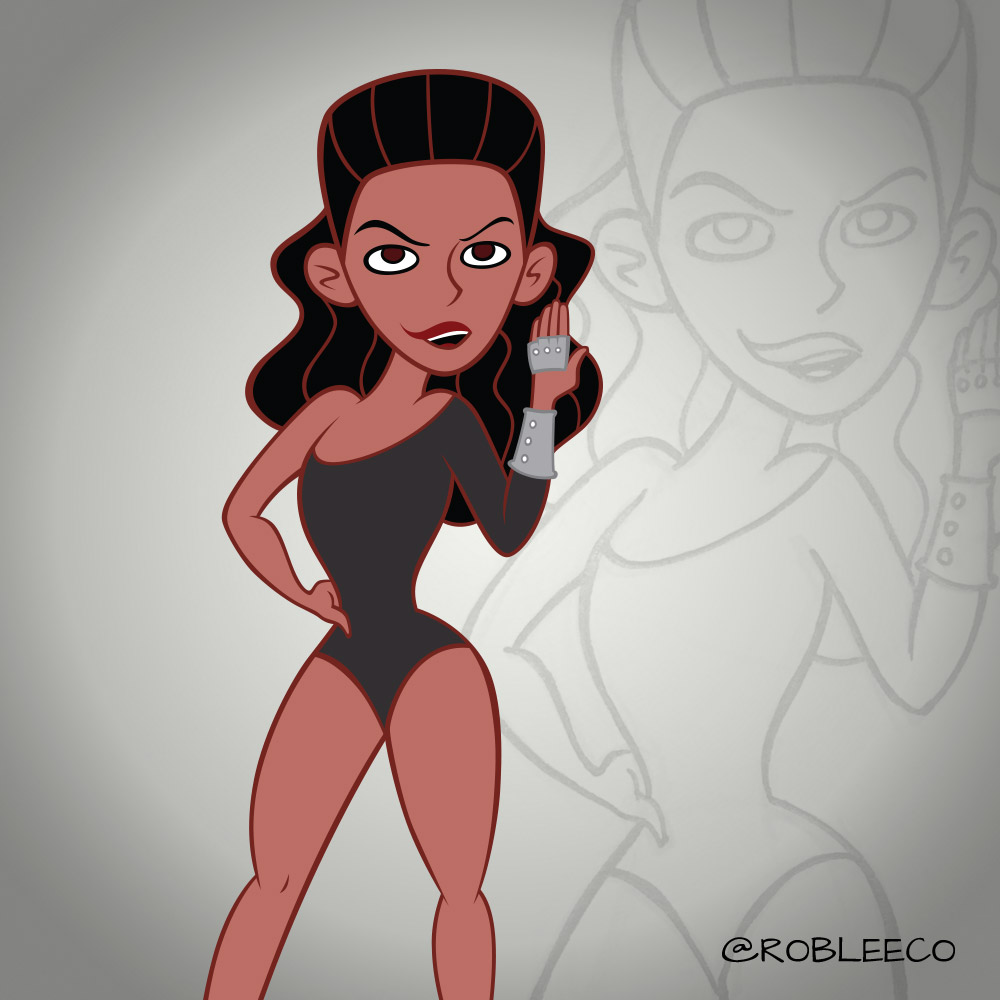 In April 2018 I attended a two day character design workshop with Stephen Silver, the character designer for Kim Possible. I was a fantastic two days where we learned how to caricature, we did some live model drawing and learned a lot of Stephen’s techniques and his advice on the business.

In honour of him and because this was also a request from my wife, I created Beyonc? in the style of Kim Possible. I had to do the initial sketch quite quickly, but I think this actually helped with the energy of the pose. The final digital was created in Adobe Illustrator.