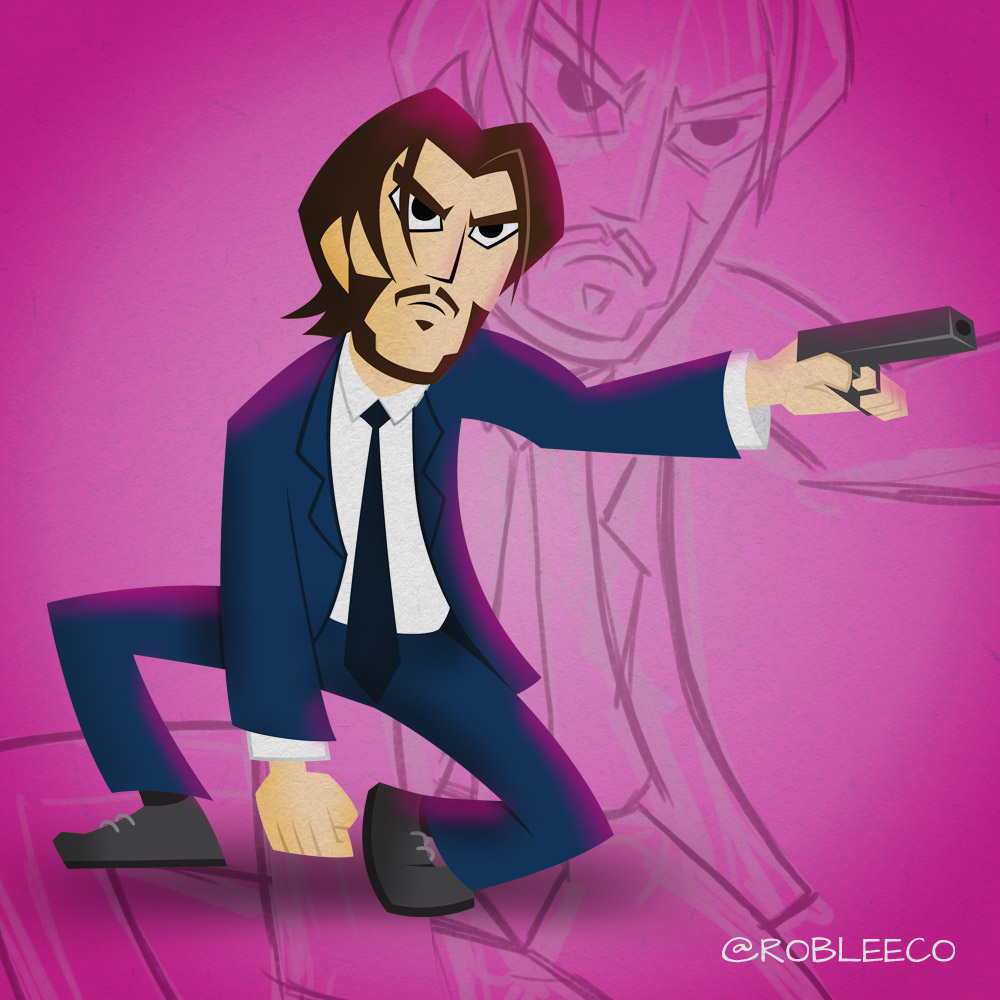 When I started this ‘In the Style of’ series nearly three weeks ago as of this writing, I created an illustration on paper of John Wick in the the style of Samurai Jack. Since then, it’s the one that still has the most likes of the series on Instagram.

Every character I’ve done since then I’ve created a finished digital version, so I wanted to recreate a polished version of this! I did the initial sketch on my new Microsoft Surface Pro, drawing straight into Photoshop on the tablet. I then took it into illustrator to do the character and then into Photoshop to add a couple of finishing touches.