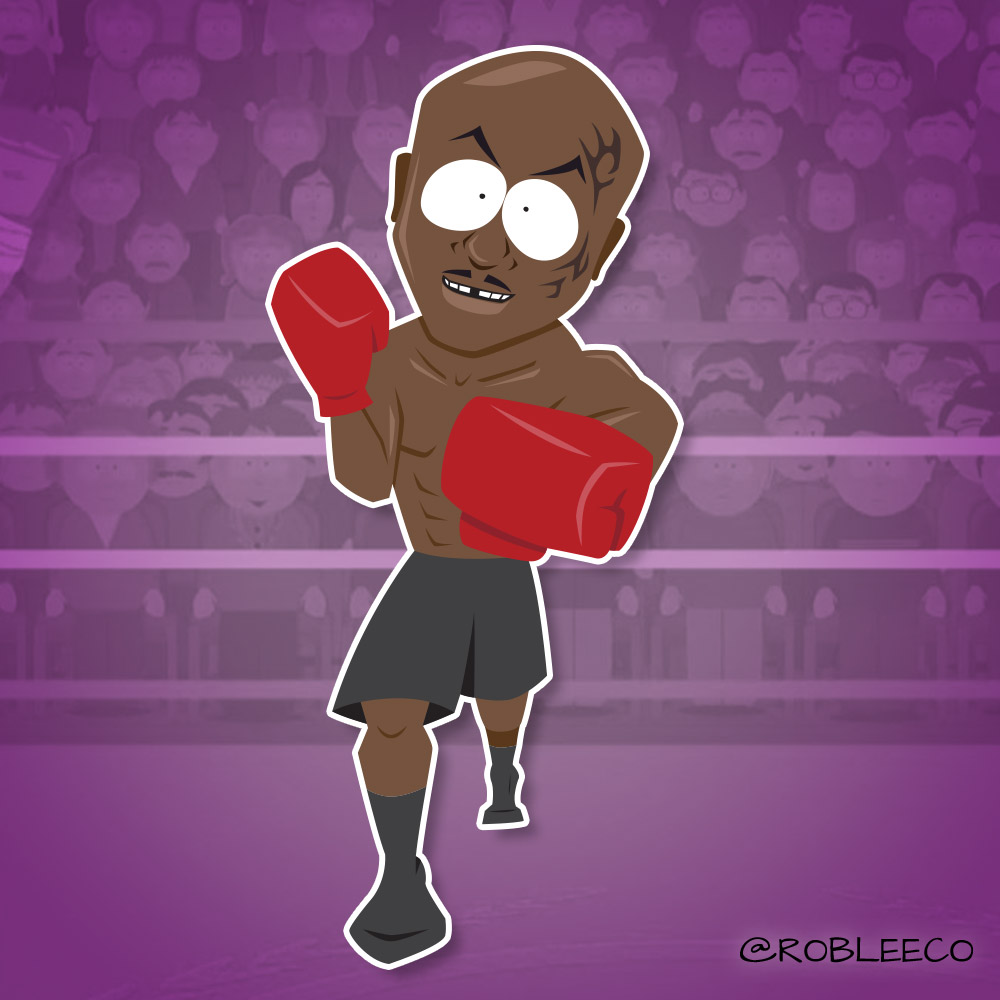 This illustration is a 90s mash up. South Park was one of the most controversial animated tv shows of the late 90s. Mike Tyson had his infamous ear biting fight with Evander Holyfield in 1997.

South Park proves that you don’t necessarily need to be a skilled illustrator to create an iconic style.