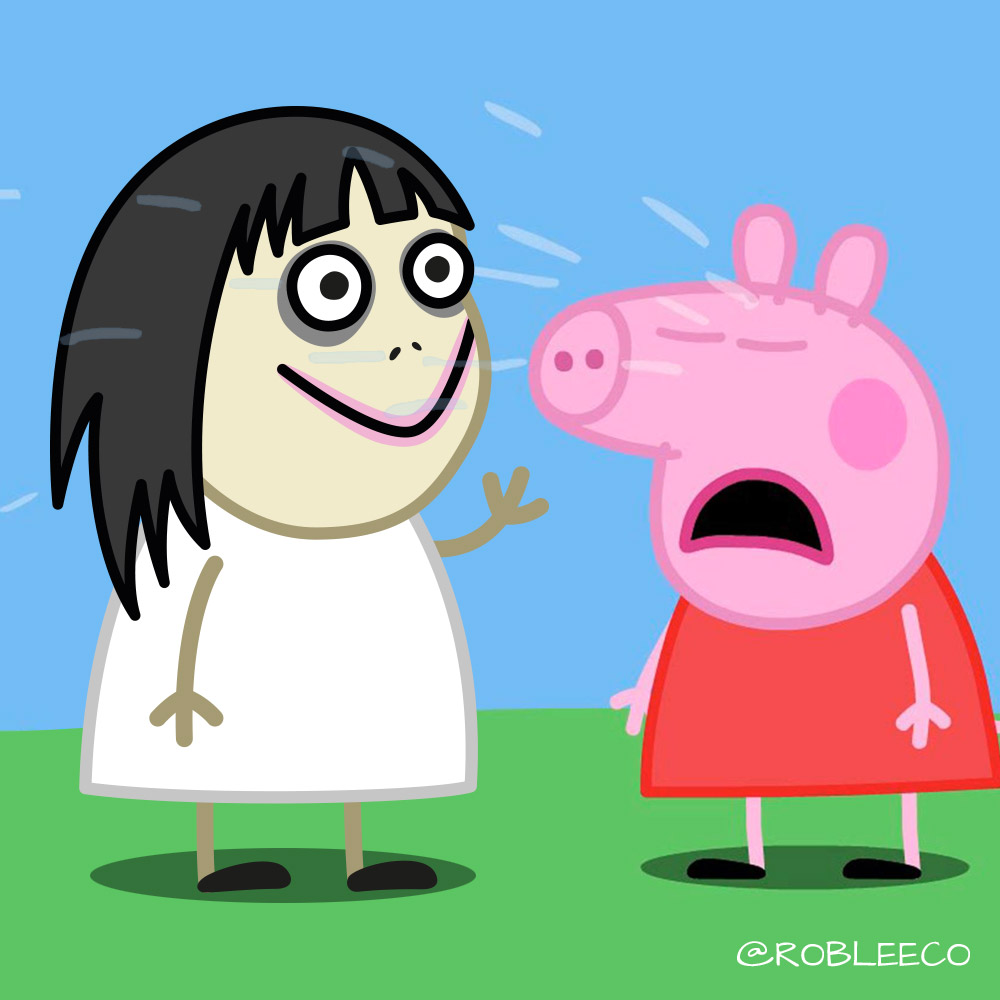 This one is perhaps controversial, but I thought it was pretty funny. There’s recently been a resurgence in Momo, an art project turned online terrorist that is apparently telling kids to do bad things without telling their parents. However, it’s unclear whether the reports that some kids have actually harmed themselves are a hoax. Momo has apparently been appearing in Youtube videos that appear to be things like Peppa Pig, but part way through will show up to terrify them.

The sculpture itself is half scary, half funny and the whole thing has probably been blown out of proportions by paranoid parents and schools. Ironically more children have looked up Momo since all the warnings came out, which is just adding fuel to the fire.

This illustration is my way of making light of mountain that should have been a molehill.