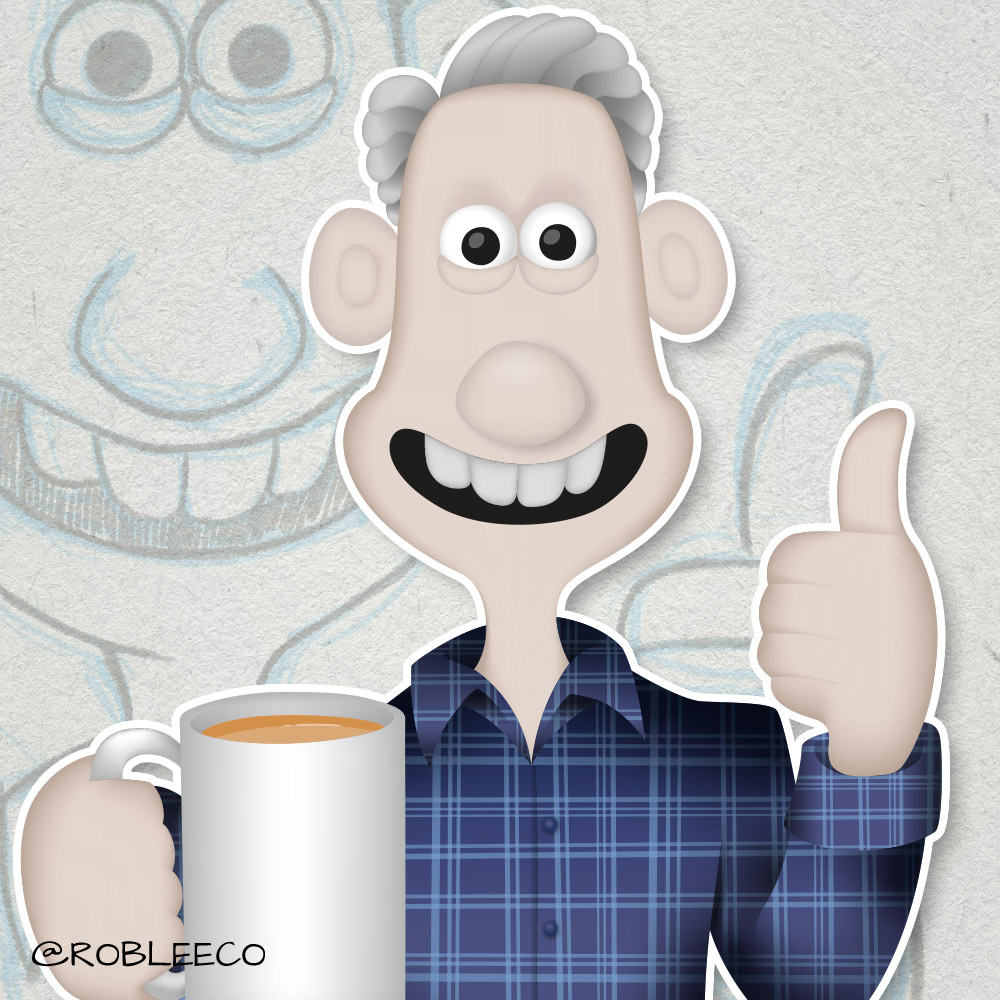 Wallace and Gromit is a landmark franchise in British animation created by the one and only Nick Park. I decided to illustrate Nick Park in the style of his most famous creation.

I won’t lie, this one took a bit longer than the usual flat cartoon styles I’ve been drawing and was quite challenging. I’ve not really explored Adobe Illustrator’s full gradient capabilities until this project, but I’m glad I did. I wrote an article about stepping outside your comfort zone and this was one of those instances.

I didn’t want to just do a flat stylised version of the character. I wanted to see if I could replicate the 3D nature of the clay characters in Illustrator. Although it’s obviously not clay, I think I was mostly successful in creating a 3D look to the character. I can now apply my new gradient skills and refine them in future projects.