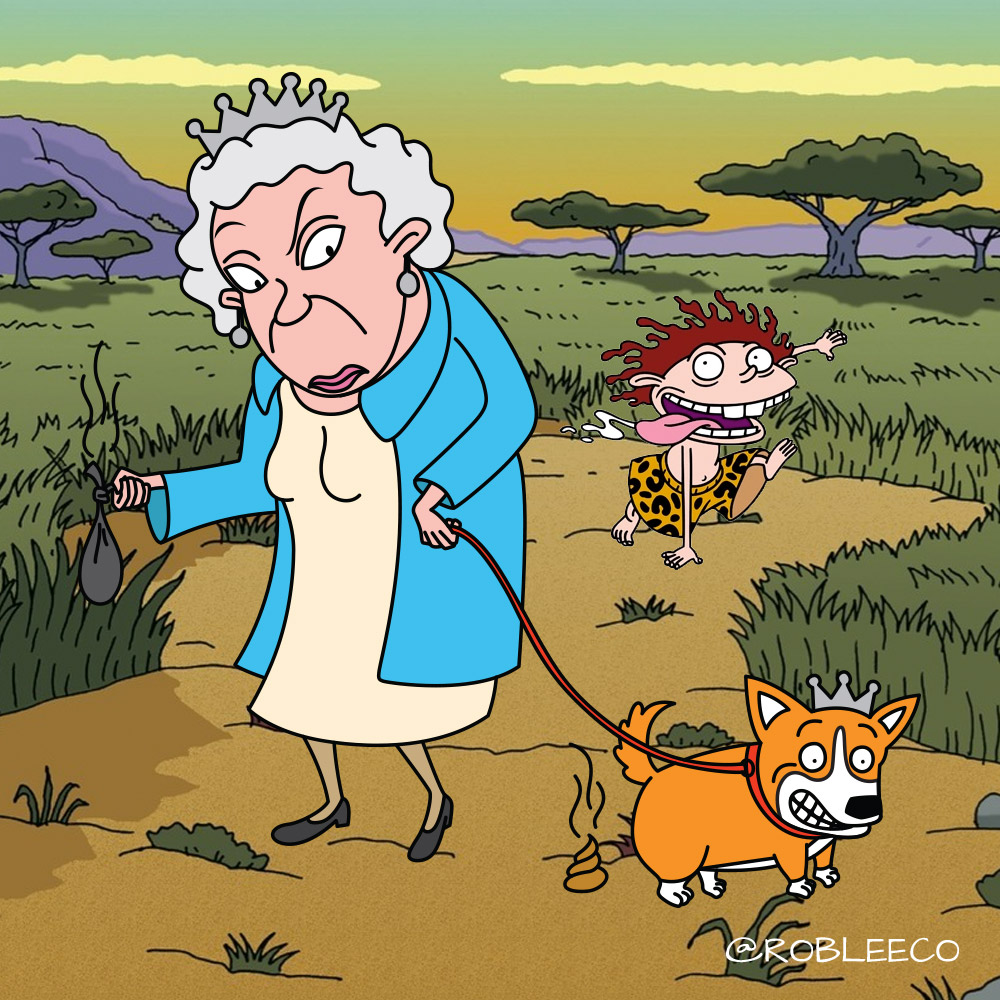 My ‘In the Style of’ characters up to now have been relatively static. By that I mean I haven’t injected any narrative into the images, simply the character in a pose. This is fine, but to make the character more engaging, they need to have a story, even a simple one.

In this case I created Queen Elizabeth II in the style of The Wild Thornberrys and added a short narrative. The Queen is taking one of her beloved Corgis for a walk and is frustrated at the rate that it’s doing its business. It’s simple, but it just adds a little more to the character and the image in general.

Learning from this, I’ll be adding a simple narrative to my characters going forward.