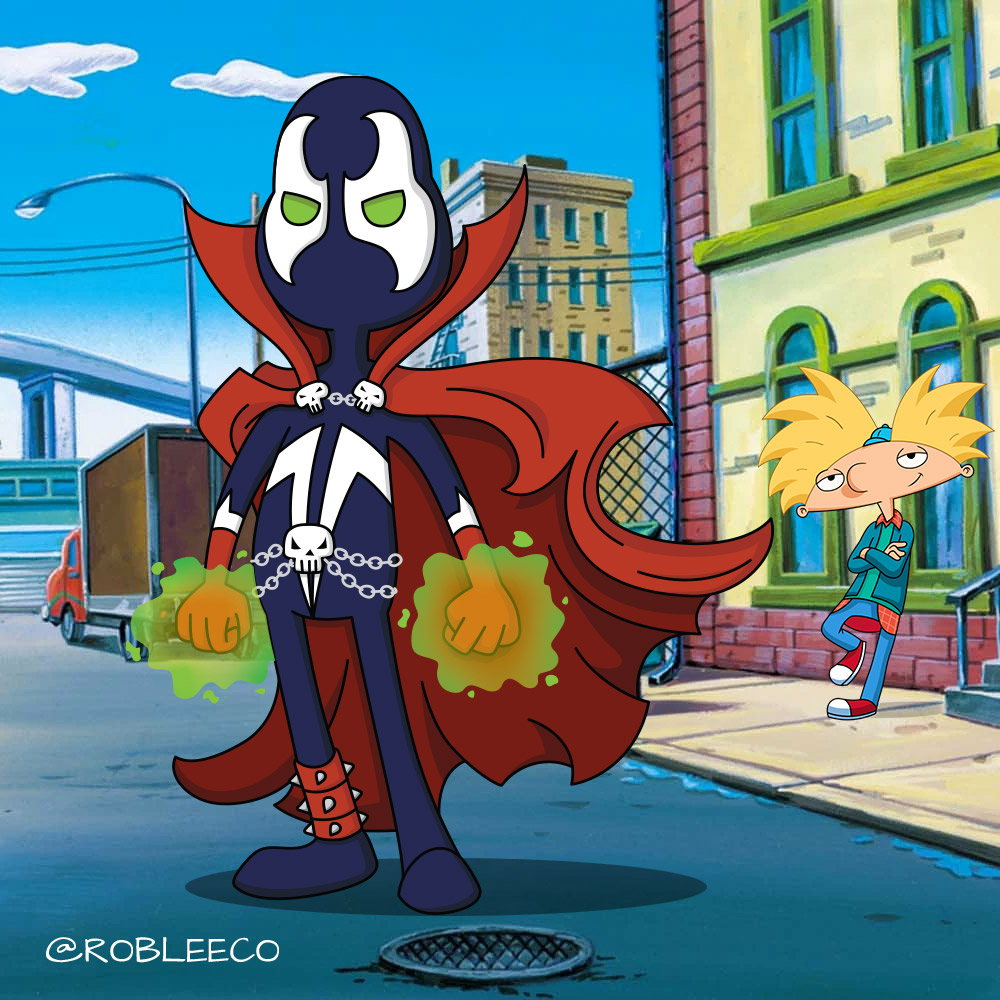 This was fun to create, but I don’t know if I’ve been successful in creating Spawn in the style of Hey Arnold. If I removed this character design from the scene and put him somewhere else, I’m not sure I’d be able to identify which style he’d been drawn in. That being said, in context I think he fits, so maybe I’m being too critical.

I could have given Spawn a football head, but this would have been cheating. This would have been Hey Arnold dressed up as Spawn and that isn’t the point of this series. The question I’m asking myself is, if this person or character was dropped into this other world, what would they look like?

Full disclaimer: I drew the Spawn character only in this image. Hey Arnold and the background are not my work. If I find the artist I’ll edit this post and give credit.